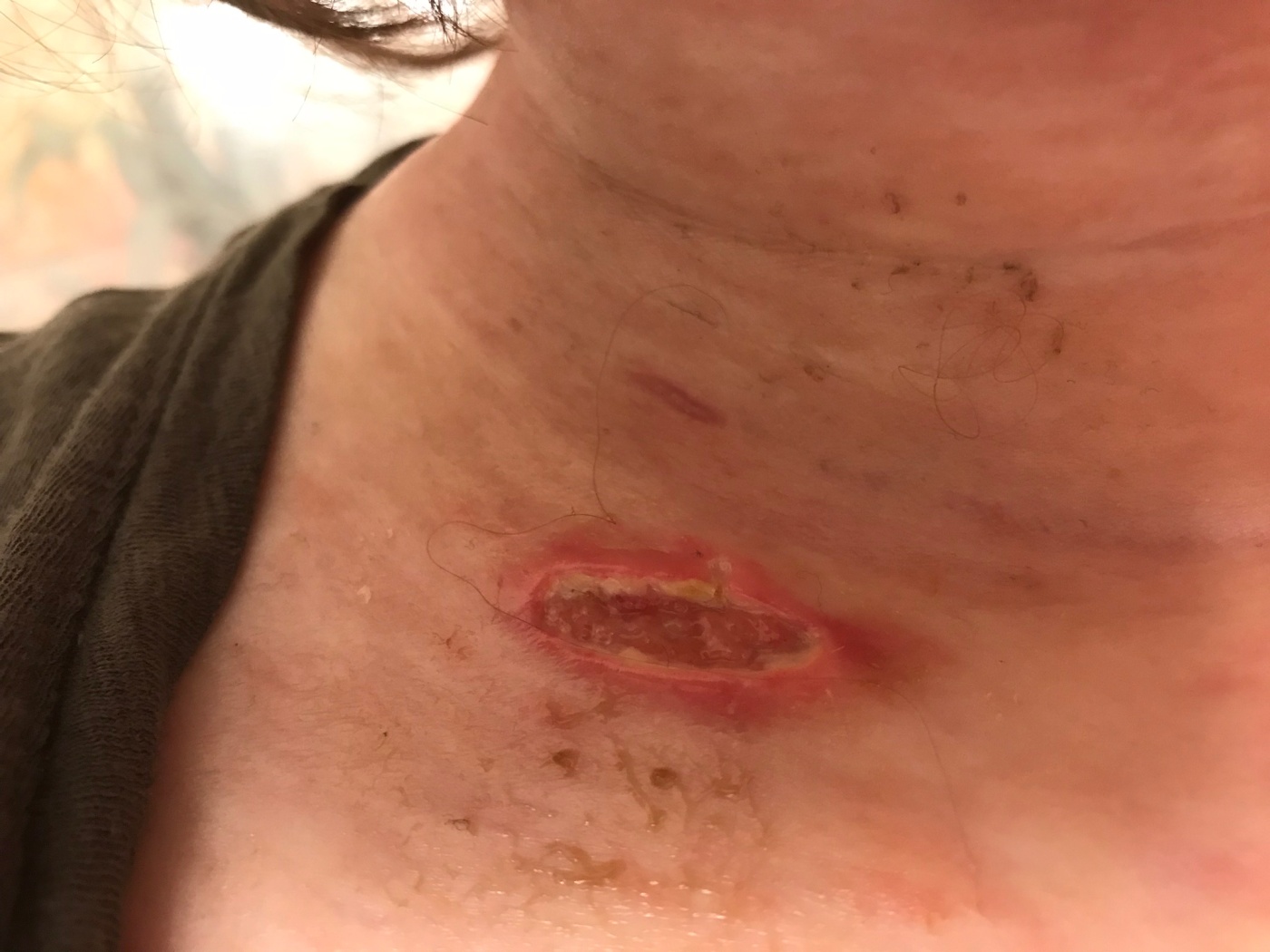 I asked my oncologist how surprised he is that I’m alive. First he laughed – because I phrased the question absurdly, he said – and then he said the only two times he thought I was going to die were when I didn’t respond to induction chemotherapy (he said he didn’t think I would ever get into remission) and last winter when I went into kidney failure and had to be removed from my immune suppressants while experiencing severe GVHD.

The further I get into this, the more I try to protect myself from trauma. I no longer believe that surviving a catastrophe like organ failure is the end of it. I think back to times in my treatment where I was most scared, in pain, suffering – and realize that those moments are traumatic in permanent ways.

There are a few that stick out – when I had my ovary removed after my first round of chemotherapy and was not given adequate pain meds at discharge (I basically screamed in pain for 3 days but didn’t know I should ask for more, thought it was normal), when I found out my first round of chemo didn’t work, when that resident refused to give me morphine while I was in extreme pain in the first week after my transplant (the power trip aspect of that was most traumatic, because he could help me but chose not to), when the central line spilled into my lungs and I thought I was going to die that minute and ended up in the ICU, when I couldn’t eat or drink anything for 3 months, when the doctors at MSKCC refused to treat my GVHD (another power issue), when the scleroderma hit, when I went into kidney failure and again couldn’t breathe because of fluid filling my lungs, when they put a dialysis catheter in my chest while I was awake.

There are smaller traumas – smells, sounds, daily reminders covering my body inside and out. But those acute moments of trauma – they never leave.

Now that I am further into this, I can recognize what will leave a lasting effect as it is happening. When I went into kidney failure last December, I was scared not only because I thought I might die, but because I knew that if I lived it would be with a permanent trauma. The result was what I expected. I hear the ICU fellow screaming “give her more lobetalol” in my dreams, I remember having a hard time telling the doctors my name, I remember wondering if I would need a kidney transplant, and if so if I would be willing to do it. I remember being scared because the nurses were messing up my medications. I remember having a nurse forget to turn the call light off when I asked for more pain medication, and I remember her laughing that she wished she could press a button and get oxycodone on demand (honestly no words for this, I’m not even going to bother dissecting all of the things wrong with that).

So last quarter, I ended up in the hospital during week 10. It honestly wasn’t that big of a deal – I caught a stomach bug. I’m immune compromised and these things happen. But after how awful my experience was at Stanford Hospital last December (not just because of how sick I was, but also because of the care), this time when I woke up sick I made my mom drive an hour to Stanford, pick me up, and drive me an hour back to CHO. I am so glad she did.

I couldn’t keep any water down. I threw it up in minutes. I was so, so thirsty. And I panicked. I wasn’t really any sicker than most of you have been with a stomach bug. But I was so thirsty. I was immediately back in winter of 2015/16, when I was in a drug-induced delusion that made self-control impossible and when I was so, so, so thirsty that I cried almost every hour, begging for water. I was tortured – for my own good, but still tortured. In the ED at CHO, it took a long time to get an IV. First of all, I had spent an extra 2 hours getting there with the round trip drive from Stanford. Second of all, I was really dehydrated. Third, the ED nurses were scared to try to get an IV because I’m a hard stick (my veins are beyond used up), have scleroderma, was dehydrated. They tried to call the IV access team, but the team was busy. They argued with each other, each trying to convince another to do the damn IV. I was so, so angry. I was panicking. I was so thirsty. I have compassion for the fear of messing up an IV – it sucks for the nurse and the patient. But you have to do it. Having to talk nurses into doing an IV when I desperately need one is frankly infuriating, and mixed with panic it just isn’t a good place to be.

Anyway, the long story short is that I really only needed a few days in the hospital. I went back to school during finals week. I felt like hell, but I did it. I actually got my best GPA ever. I got my first A+ ever, in child health (which I’m especially happy about because…child health. I definitely had a leg up there lmao). I wasn’t traumatized again, even though the ED visit was…I guess the word is triggering.

So here I am in January 2019. I am truly stunned that I survived 2018. I really, really thought I was going to die – the scleroderma progressed so quickly and so severely. I couldn’t breathe (under 50% lung function), couldn’t eat (skin was so tight my stomach couldn’t expand and I would spit up basically), was so so itchy that there aren’t even words for it. The fatigue was immense. The brain fog was unbelievable – I could hardly finish a sentence. The central line was horrific – the dressing rubbed my skin raw and changing them involved scrubbing them with what felt like fire. It was a daily trauma in the same way the gut GVHD/forced thirst was in 2015.

The dialysis catheter (put in awake) had to be revised twice, so I had a total of 3 procedures (at least the second 2 were asleep). Because of the scleroderma, each procedure left huge gashes in my chest. They took over 6 months to heal.

My body was covered in sores that also took over 6 months to heal. Some are still healing. Some have taken over a year. That’s an example of one on my stomach, but I have/had over 20.

Over 90% of my body was covered in scleroderma. So itchy.

The central line created even more wounds, many of which are still healing. The open wounds had to be scrubbed with CHG every week.

That was my year. Yes, I went back to school in the fall. I was still so tired, so not myself. But I had some happy moments, really happy moments. I feel even better this quarter. I would even say I’m somewhat optimistic. But more than anything, I am beyond scared of the other shoe dropping. I am so scared every single day. Every new thing is harder than the last – I have more traumas to be reminded of, I’m more aware of what I will experience, I’m aware of how it will impact me in the future. Kidney failure was different because as it was happening, as I was listening to the ICU doctor scream for the nurses to push lobetalol, all I could think was that if I survived, I would never leave this moment behind.